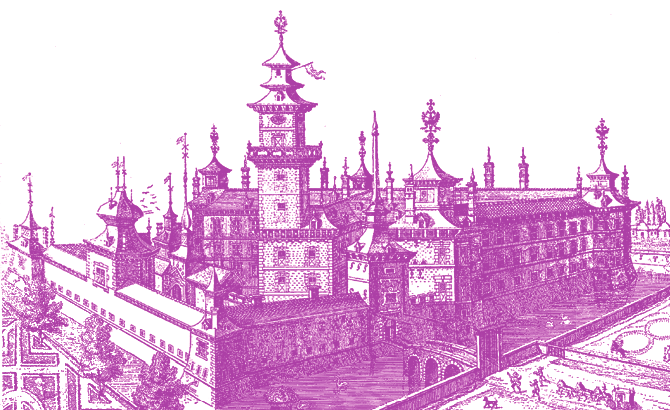 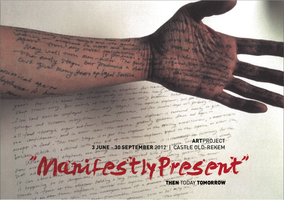 Shanghai Art Museum 'A Story of the Image', 30 April - 21 June 2009.
A few days before the official opening of the exhibit, the Chinese government ordered an artwork by Toon Tersas (1968) entitled "How the cultural revolution happens" to be removed on account of its critical message. The exhibit opened as planned, without any further comment from the curators, and the incident vanished into obscurity. It is only later that we found out about this blatant violation of artistic freedom.

Shanghai, January 2011.
In the morning of 11 January 2011, the Chinese artist Ai Wei Wei had his studio torn down by the authorities. It was their way to silence one of the country’s most outspoken dissidents, a man who constantly tests the limits of freedom of expression.

These two events, which both exposed a violation of the right of freedom of thought, are at the root of this exhibit’s concept.

ManifestlyPresent is not an overview of the most important dissident artists of the past century. We do, however, see it as our mission to provide a platform for the artist, his freedom of thought and his work. The safeguard of the artist’s identity and artistic freedom is the core issue.

Art as a statement and recognition of a call: “Here I am, I exist”!


Art and presence are inextricably tied together. Presence as a gift (present) from every form of art. Kant held the sublime quality of art as something that is self-sufficing. Heidegger saw art as a revelation of Being: truth is inherent to the work of art. The work of art is by definition a manifestation (from manifester = to reveal, to become clear; and also the notion of “hand” (manus) and of the Griek word tharsos, for courage). The autonomy of the artwork is a revelation of our own human autonomy. Art is and asks for freedom: hence the courage and the threatening aspect of artists such as Toon Tersas and Ai Wei Wei.

Isn't every art form the expression of a personal universe? Doesn't it always aim to express the inexpressible and invite people to undergo this experience?
In ManifestlyPresent, the art pieces and the work and display setting are engaged in a mutual dialogue. This turns the viewer into a voyeur who briefly enters and takes part in the idiosyncratic world of the artist. The viewer is someone who comes, experiences but never completely leaves. Something remains manifestly present. 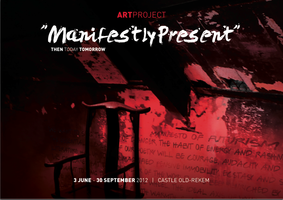 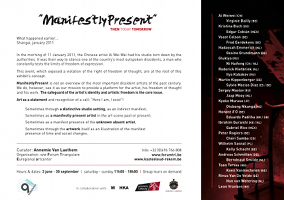 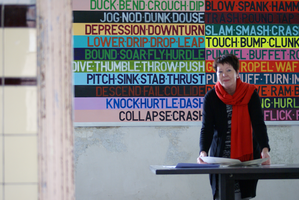 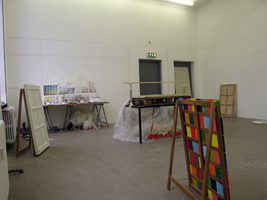 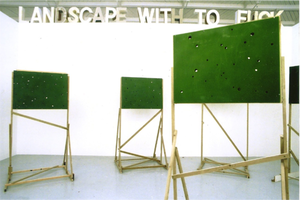 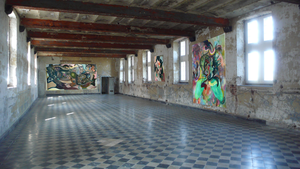 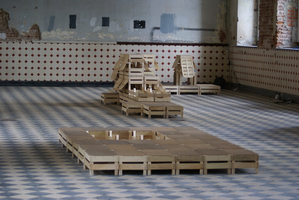